The question of whether the moon landings were real or a conspiracy was a regular conversation topic in the offices of our former business Bureau. It eventually became a weekly feature named Conspiracy Monday where those inclined to think nothing is as it seems would argue, sometimes quite passionately, with those who accept scientific reason. Conspiracy theories are a hot topic at the moment, but the moon landings are surely the quintessential debate in this genre? 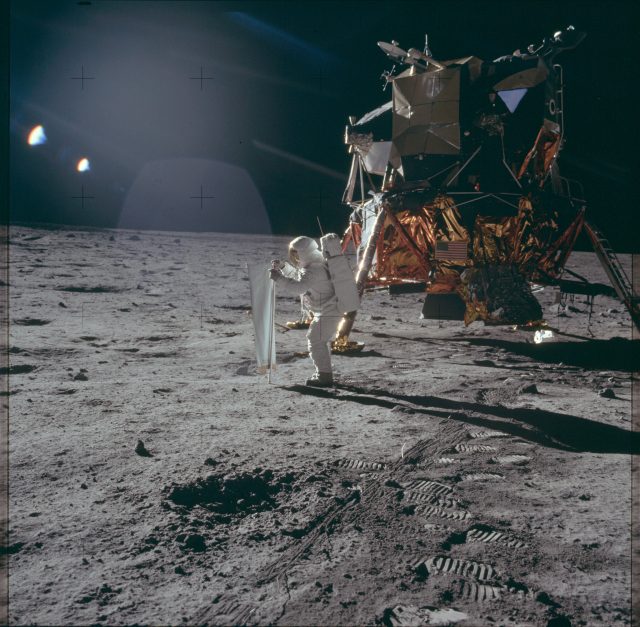 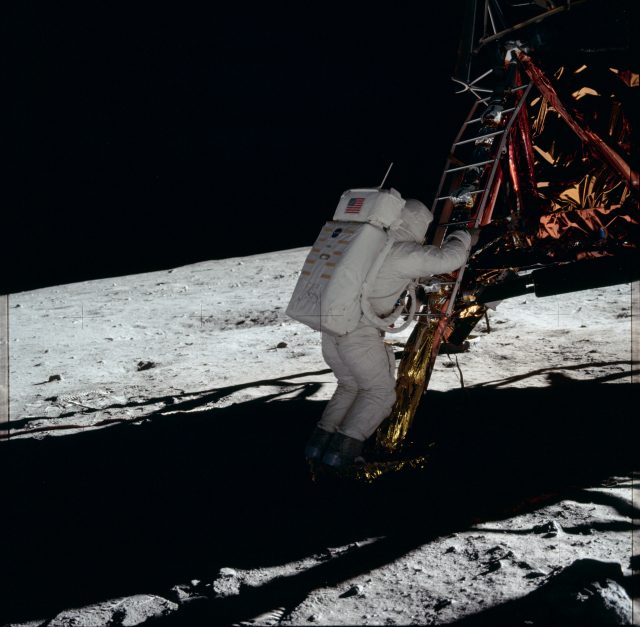 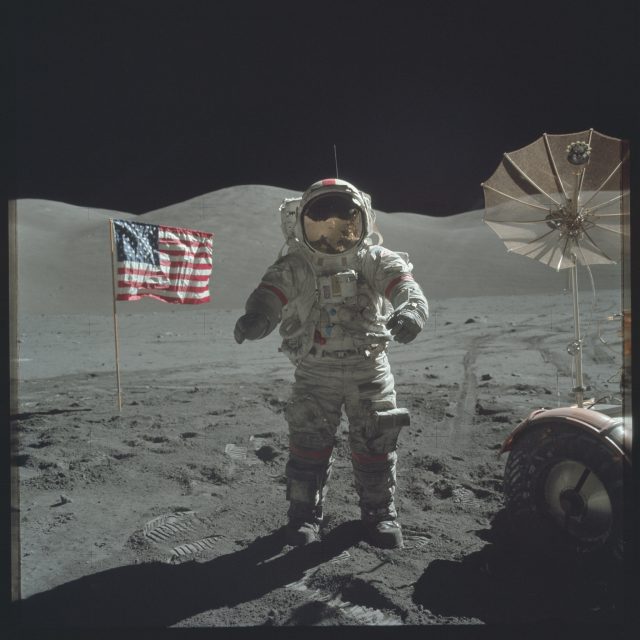 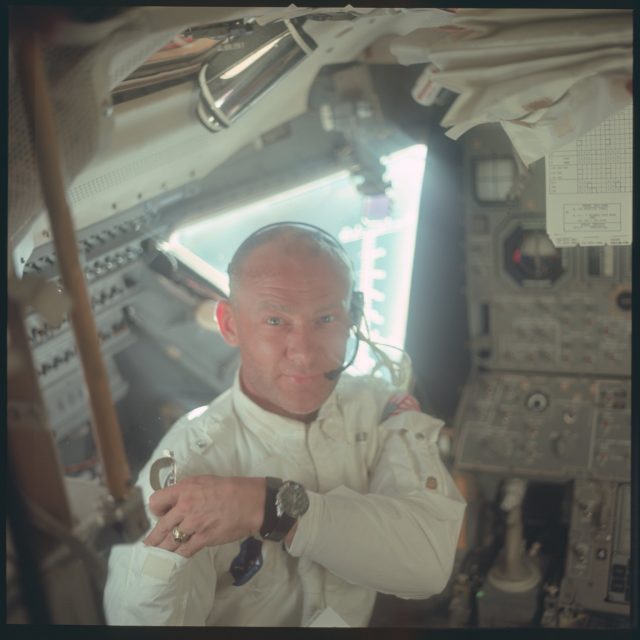 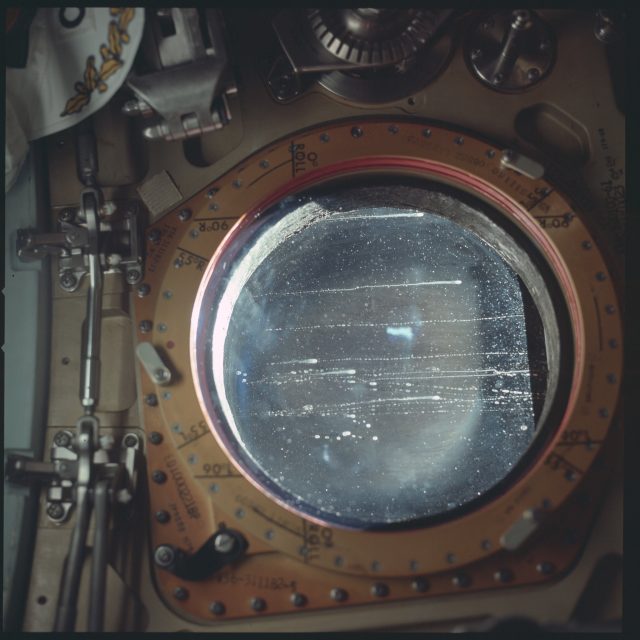 I was only four years old when Apollo 11 landed the Eagle, its lunar module, in the Sea of Tranquillity on 20th July 1969 so I don’t remember it at all. Stanley Kubrick’s masterful epic 2001: A Space Odyssey was released the previous year and has been drawn into the various theories with many people believing that Kubrick used the sets to stage the fake landing on behalf of the US Government. Popular ‘evidence’ often cited as proof of the fakery includes the flag ‘moving’ in the vacuum of space, the lack of stars in the sky and the impossibility of surviving the radiation up there.

I’m not going to argue with any of the above since you either believe in science or you don’t and my experience so far has been that it doesn’t matter what you say, people believe what they want to in the end*. I’m not entirely averse to a good conspiracy theory: as a small child I was obsessed with the Bermuda Triangle and I am one of life’s questioners for sure. But I am firmly on the side that says you have to trust empirical data, peer-reviewed science and frankly common sense. In the 50 years since mankind landed on our rocky satellite no one has ever found anyone able to prove any of the theories. 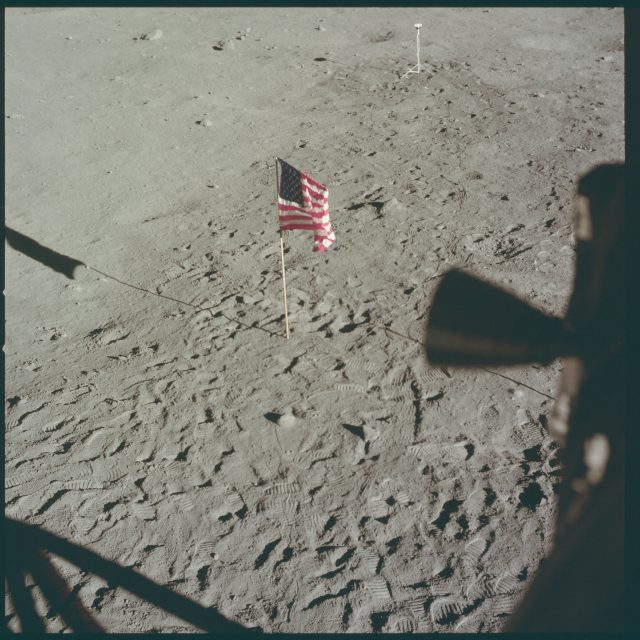 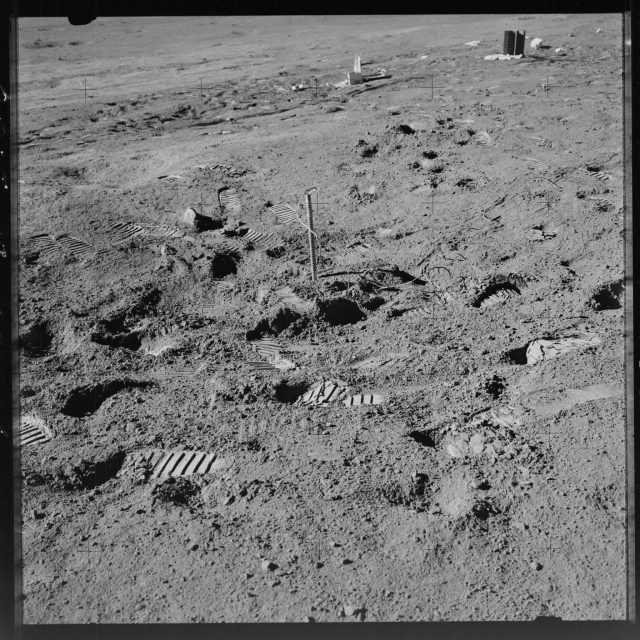 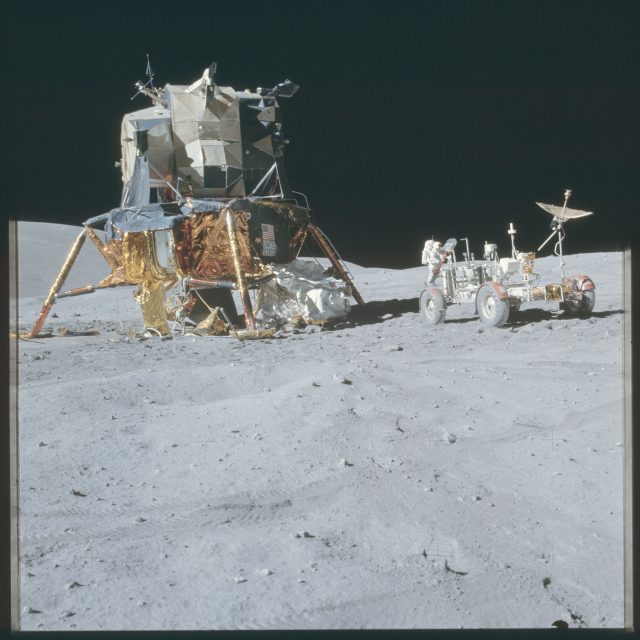 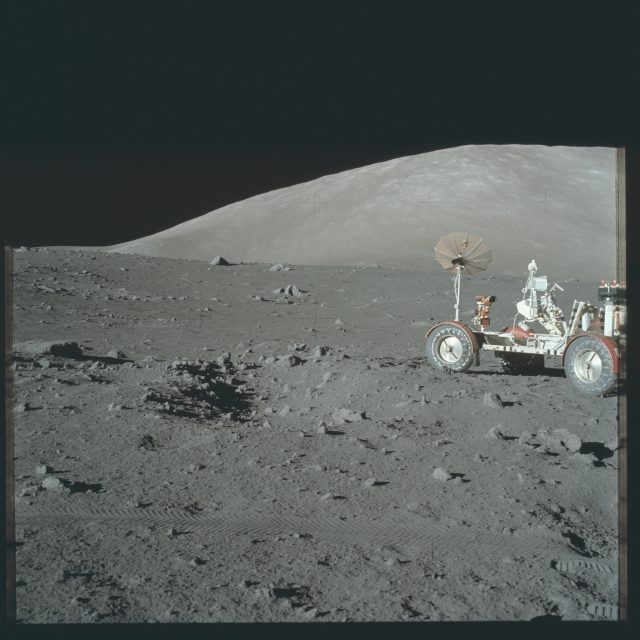 Perhaps more interestingly, there is evidence to suggest that if Kennedy hadn’t been shot in November 1963, the moon landings may never have happened. Despite his great speeches about choosing to go to the moon he wasn’t actually very interested in the business of space exploration and frustrated over the seemingly slow approach which wouldn’t produce results in his presidency. He declared himself ‘not that interested in space’ and cuts were made to the NASA budget, cuts which were promptly reversed by LBJ, a keen advocate of the programme, after he became president. Johnson then renamed the space centre and Cape Canaveral in Kennedy’s name just six days after his assassination.

People do love to think they have been duped though. Historian Howard McCurdy has observed that, “To some, the thrill of space can’t hold a candle to the thrill of conspiracy.” Which is pretty sad really, when you consider what an absolutely amazing feat it was. The astronauts themselves have been subject to public scrutiny on the subject with arch conspiracy theorist Bart Sibrel confronting Apollo crew members and demanding they swear on the bible that they really went to the moon. He even cornered Buzz Aldrin at a hotel and accused him of being “a liar, a thief, and a coward”. Pretty rich stuff considering the risk the astronauts faced sitting atop their Saturn V, the largest and most powerful rocket ever successfully launched with its huge payload of lethal liquid propellent. Happily the 72 year old Aldrin decked him. 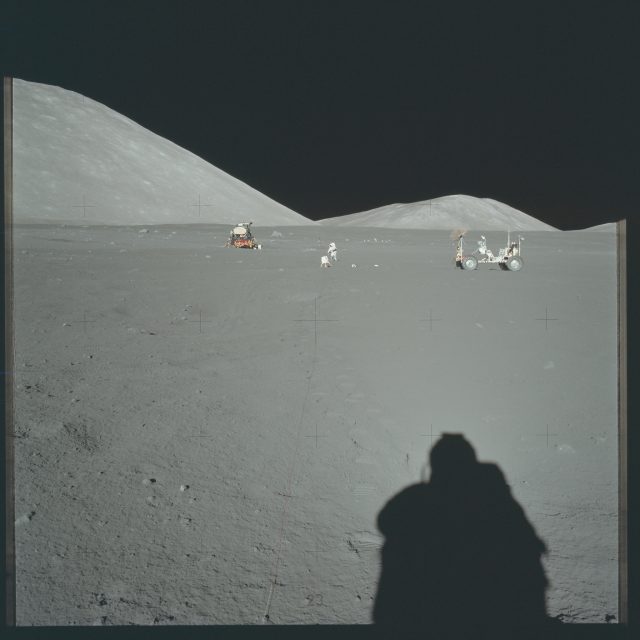 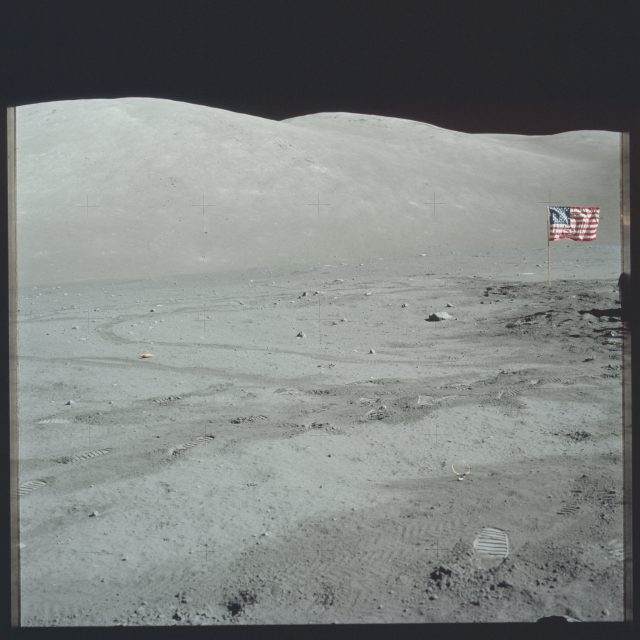 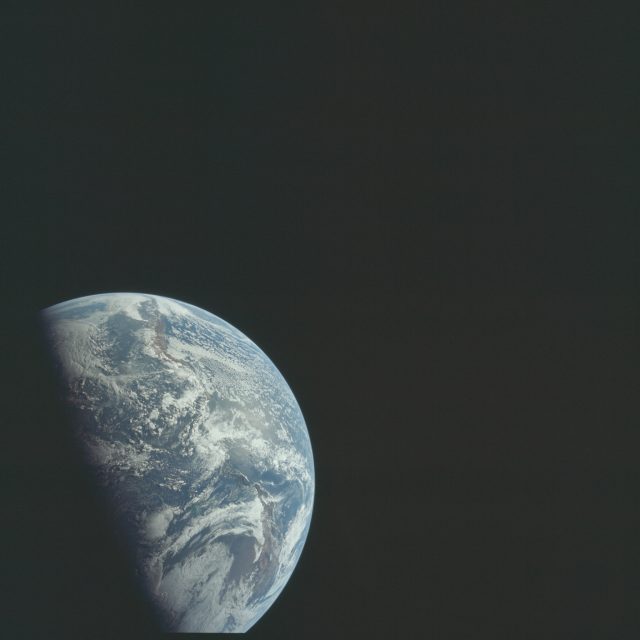 Additionally satirical news outlet The Onion published a piece ten years ago titled “Conspiracy Theorist Convinces Neil Armstrong Moon Landing Was Faked” which whilst hilarious was worryingly republished in several newspapers as fact. Which just goes to show what a lot of seriously fake news there is out there.

The lunar landing module for Apollo 10 (the rehearsal flight for Apollo 11) was called Snoopy (the command module was Charlie Brown). Had Apollo 10 gone to the moon then they would have had to say “Houston, Snoopy has landed” which has rather less resonance than The Eagle.

Unsurprisingly there is a lot out there on the moon landings and the Apollo missions. If you fancy finding out more but are unsure where to go next I have pulled together some of my recommendations for you.

If you want to learn all about the fascinating story of the race to put a man on the moon, then you can’t go wrong with this brilliant account from Andrew Chaikin – A Man on the Moon. From the early tragedy of the Gemini missions to each of the Apollo flights, it is a compelling and not too technical read. I have an old dog-eared copy from the nineties, but it has been reissued recently with a new foreword by Tom Hanks, who as we know loves space and typewriters. Click here to see more and buy this book

Apollo 13 by Jim Lovell, commander of the ill-fated Apollo mission with its ironical sequence number. This is the book that inspired the film. I haven’t read this myself but have been meaning to, it’s meant to be pretty good.  Click here to see more and buy this book

The Right Stuff by Tom Wolfe, his seminal study of what makes a man take up a career with a 53% chance of not surviving it, the career being test pilot which is where the majority of astronauts came from. It covers the early space program but also focuses on Check Yeager, the sound barrier-breaking pilot who ultimately was the wrong stuff for NASA, never selected for his lack of a college education. Click here to see more and buy this book

If you don’t fancy a book then you could listen to the very excellent podcast 13 Minutes to the Moon on BBC Sounds. This is a special 12-part series looking at the Apollo programme and featuring interviews with surviving Mission Control staff and astronauts. The final episode is released on the 50th anniversary itself and broadcast from Houston’s Rice University, where U.S. President John F. Kennedy made his famous speech in 1962. It’s a compelling and fascinating listen. Click here to find out more

Mission Control – The Unsung Heroes of Apollo is a documentary looking at the space programme from the control desk side. It covers in detail the terrible fire on Apollo One (“I think that we killed those three men. It was almost murder”), the Apollo 13 rescue and of course the landing of Apollo 11. It mixes archive footage, interviews and CGI to considerable effect. Available on Netflix and Google Play.

There are a host of good apps out there to assist with enjoying the night sky. You can track the International Space Station in real time with ISS Spotter (it is visible to the naked eye), or try apps like Sky View Lite or Star Chart which uses your phone’s GPS to help you locate the constellations overhead. Alternatively read this article on how to do stargazing with no equipment in your own garden.

Lastly, all the images were courtesy of the NASA image uploads on Flickr, an amazing library of images from all the Apollo missions right up to the last, Apollo 17. Click here to view the images

To support the running of this website we use affiliate links and other forms of sponsorship. All the views in this website are our own and we will only promote or endorse products and places that we believe in ourselves, but we may also receive payment for this in return. Please see our disclaimer page for full details on this.